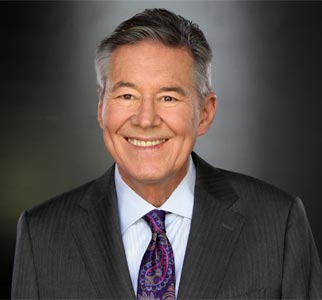 For over 40 years, I have been a strategic marketing, advertising and media professional. I have worked within companies (DIRECTV, The Music Center of LA/Performing Arts Center of Los Angeles, Disney, Security Pacific Bank) and within advertising agencies. I have also worked as a client, with several advertising agencies, media buying services, marketing research organizations, design companies, direct marketing/mail and other marketing firms reporting to me.

I have received California State University Ambassadors’ “Polished Apple Awards” (2006 and 2008) for teaching, mentoring and inspiring students on campus, the USC Parents’ Association Outstanding Teaching and Mentoring Award (2006) and have received the Outstanding Citizen Award (1993) from the Los Angeles City Council. I have been a member of the Advertising Club of Los Angeles since 1975, and an active member of the board of directors. The club’s largest membership groups are clients, media, production, creative and advertising agency executives.

The Ad Club, along with two other associations, developed into ThinkLA in 2006. Since 1975, I have also been a member, board member and executive board member (Treasurer, Secretary) of AD RELIEF, previously Advertising Industry Emergency Fund (AIEF), a volunteer organization made up of advertising executives brought together to help their colleagues in times of a life crisis. AD RELIEF has granted more than two million dollars in emergency money to individuals in the greater Los Angeles advertising and promotions community.

Created and own the copyright for the Marketing concept, the Nine P’s/9 P’s ©2007 of Marketing. 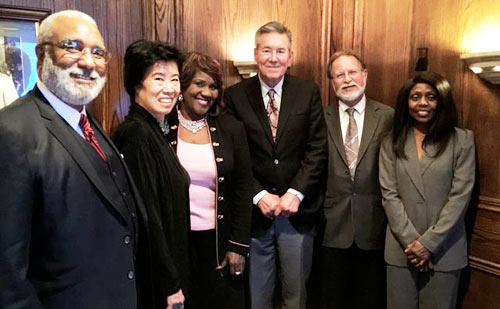 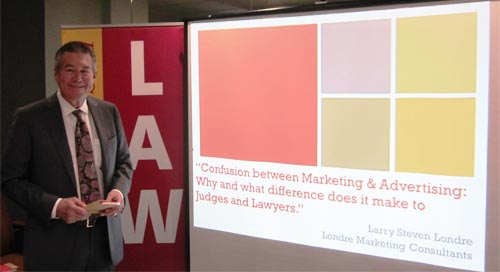 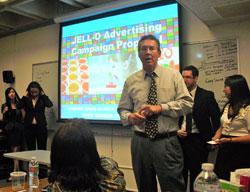 Every semester each team presents in every class. Applying what they learned the prior 14 weeks.

Every semester each team presents in every class. Applying what they learned the prior 14 weeks.

Have conducted Marketing and Business Strategies Classes/Presentations/Seminars/Workshops/Webinars in USA, China, Hong Kong, Cuba and on the web, including: 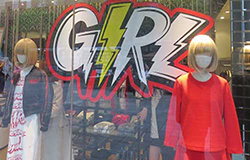 There are a variety of resources on which I can call to help you or your firm in the market or in the courtroom. 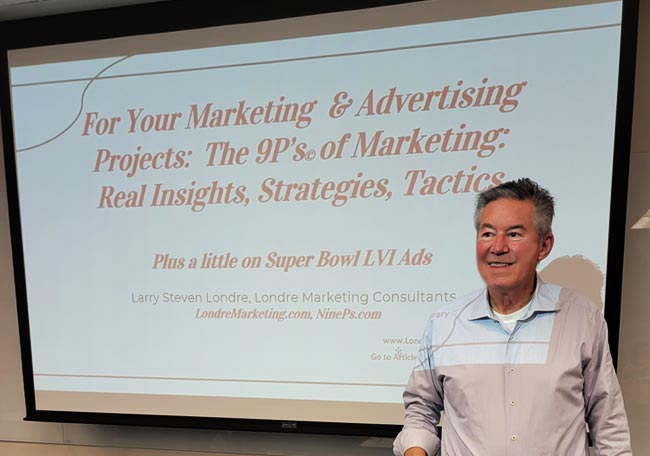 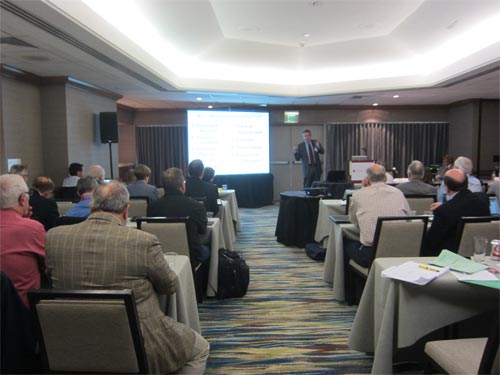 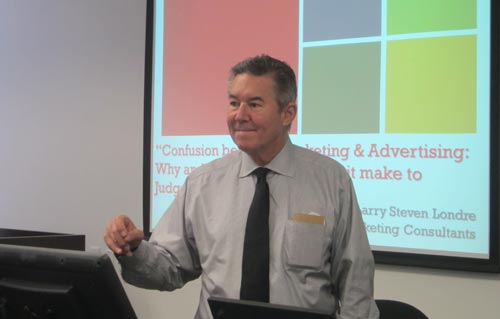 Larry Steven Londre at Loyola Law School giving Marketing and Advertising presentation “Confusion between Marketing & Advertising: What is Marketing? Advertising? Use of Media and Social Media. Plenty of Examples.” 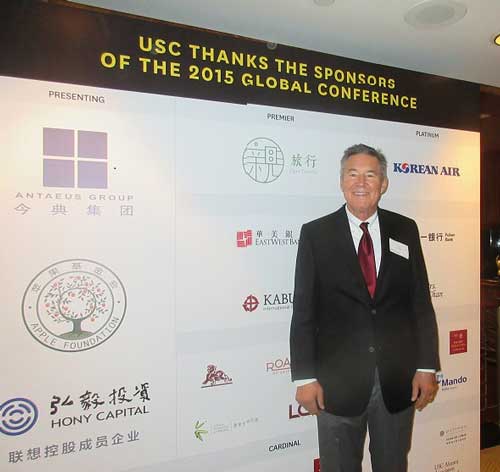 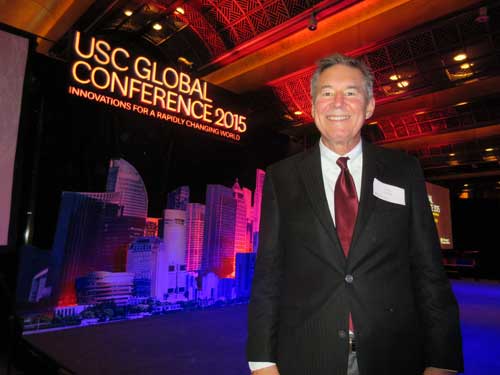 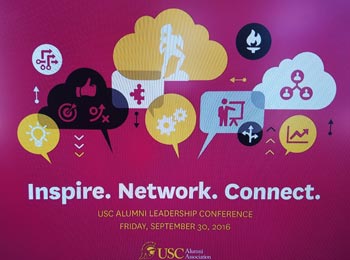 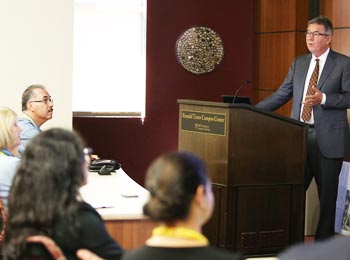 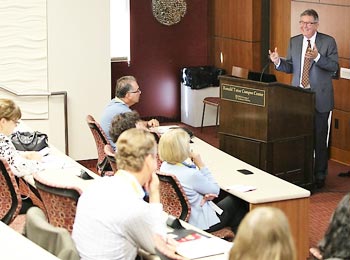 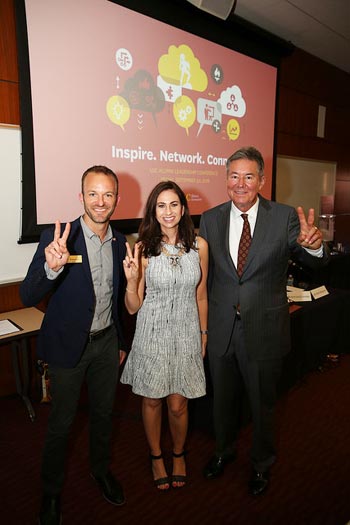