Using "MAD MEN in the Classroom of Life"

MAD MEN deals with men and women in 1960’s advertising agencies (first it was Sterling Cooper, and then SCDP), back to Sterling Cooper on Madison Avenue. It includes the departments of Creative, Media, Account Management, Production, Personnel, Agency Management, plus client relationships and new business. And much, much more

In MAD MEN, they just had visuals and copy, print, radio and TV. In advertising, there has to be an idea. A BIG idea. A real message about the product or brand.

I speak as a senior advertising instructor, seasoned marketing pro, former account manager and client professional, with agencies reporting to me.

It’s been reported that enrollments in advertising related courses are up. In my classes for the past 35 years, I have waiting lists. Students have always been fascinated with marketing and advertising, and I prepare them for the “real-world” in whatever field they are going into. I had business, journalism, advertising, electronic games, marketing, cinematic arts, fine arts and other majors.

Agencies need employees with a much wider skill set today, than when MAD MEN was happening. These MAD MEN stories happened a lot in the ‘60s and ‘70s. By the way in the ‘80s and ‘90s advertising agencies stopped training people.

The Matthew Weiner-created series hit new media heights in its series finale on May 17, 2015. The heavily promoted Season 7 end of MAD MEN drew 3.3 million viewers and 1.4 million among adults 18-49 at 10 PM on that Sunday night, according to Nielsen.

I would love to see a Mad Men spin-off or a movie made exclusively for AMC, Netflix or someone else.

While never a ratings* blockbuster, MAD MEN was strong with affluent viewers and had a very big DVR numbers, high double-digit rises in Live + 3 and Live + 7 results were reported.

*I teach the term “rating” is the estimate of the size of a television audience relative to the total universe (of all TVs whether on or off), expressed as a percentage. The estimated percent of all TV households or persons tuned to a specific station. In an example, three of the 100 homes in the universe are tuned to channel 2. That translates to a 3 rating.

Old vs New or Today

MADMEN Yourself or YOU can be a MAD MEN

Today what we have to train people for is so much wider, broader than it used to be. The majority of the advertising is no longer traditional media. In MAD MEN’s time it was TV, radio, print. The actual discipline of planning, thinking creatively and communicating with the target segments is the same. But now audiences are so fragmented. I still teach in the classroom and with my clients: “It’s only creative, if it sells.”

Now you take a clear message and use new technology to highlight that message. There are 20-year-olds and 30-year-olds who get hired now and may know more about technology and social media than almost anyone in the agency. 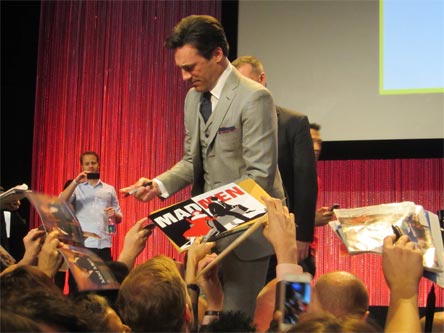 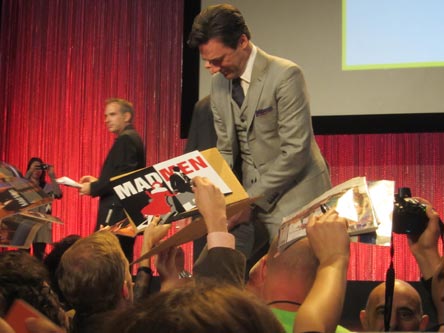 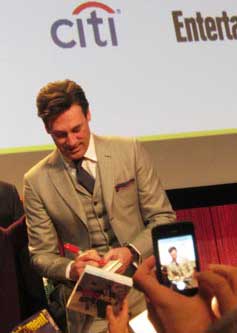 Previous Next
Jon Hamm and Mad Men at PaleyFest 2014

Inside Quotes of Don Draper, and from Mad Men: 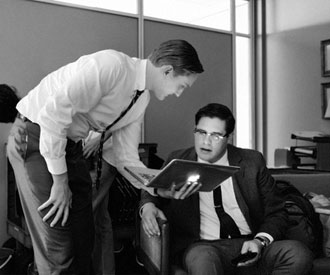 1. Who said: “Fear stimulates my imagination.”

2. What brand of cigarettes does Don smoke?

3. Which of these characters has sex in the Sterling Cooper offices?
Pete Campbell?
Harry Crane?
Peggy Olson?

4. Who said: “I feel like I should make a speech…get back to work.”

6. How is MAD MEN not like the “real world” of advertising?

Stay tuned or ask me.

7. Who said “Dedicated to the men who still wear hats and the women that love them?”

Roger Sterling in the dedication of his book Sterling’s Gold, Wit & Wisdom of an Ad Man

8. How has MAD MEN, the series on AMC, tied into present day culture and retail?

Mad Men has seemingly percolated into every corner of the popular culture:

9. Who said: “To Don, you lucky so and so…as a wise man once said, the only thing worse than not getting what you want is someone else getting it.”

11. How big was the TV audience for the finale of Mad Men?

The series hit new media and audience heights or highs in its series finale on May 17, 2015. The heavily promoted Season 7 end drew 3.3 million viewers and 1.4 million among adults 18-49 at 10 PM on that Sunday night, according to Nielsen. While it was never a “ratings” blockbuster, MAD MEN was strong with affluent viewers and had very big DVR numbers, high double-digit rises in Live +3 and Live +7 results were reported. 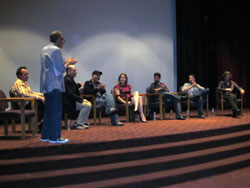 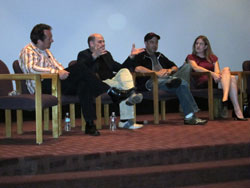 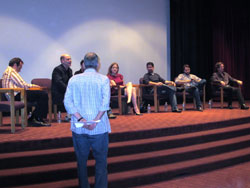