Larry Steven Londre, class leader for the Class of 1967, has always done a commendable job of getting his classmates together for “reunion” meals across the southland throughout the year…and the pandemic wasn’t going to stop that tradition!

Londre has been organizing Class Zooms regularly since March, bringing his fellow Cubs together virtually to stay connected. Fifteen of those classmates even got together on a Zoom call last week to catch up.

A number of other Loyola classes have been doing the same, including Ken O’Neil ’82 and his classmates from 1982.

If you would like any help arranging such a “hangout” for you and your classmates, please email the Loyola Alumni office and we’d be happy to provide you with assistance. 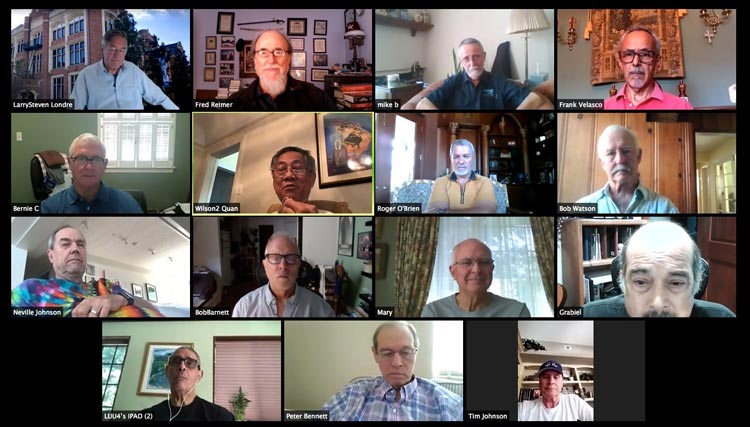 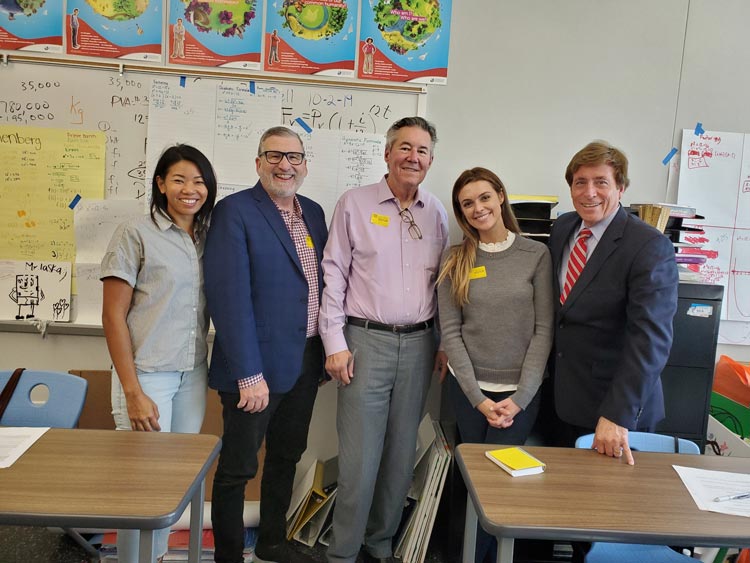 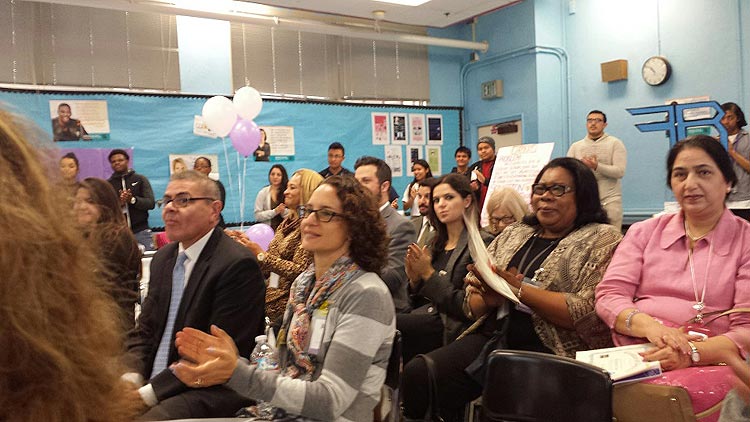 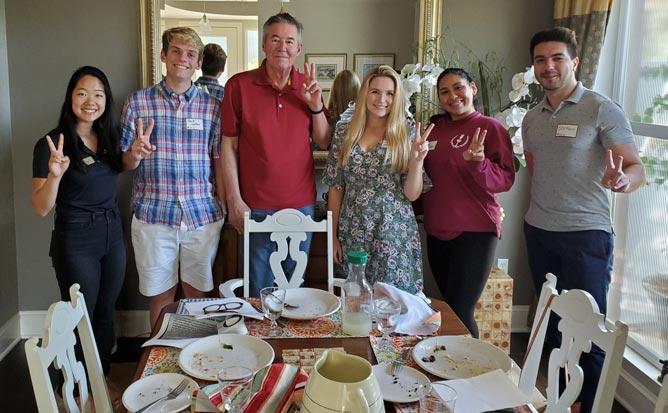 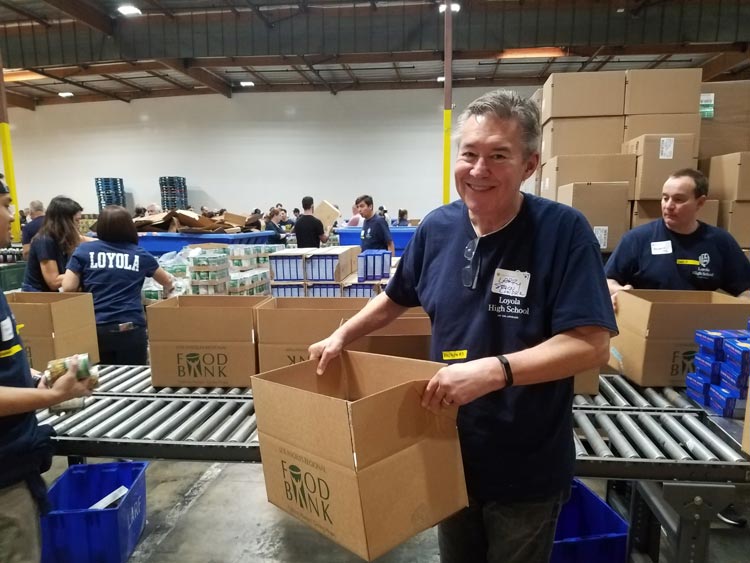 Volunteer at joint event for Loyola High and ThinkLA. Member of ThinkLA and The Advertising Club of LA for 43 years and 51 years as an alumnus of Loyola High School. 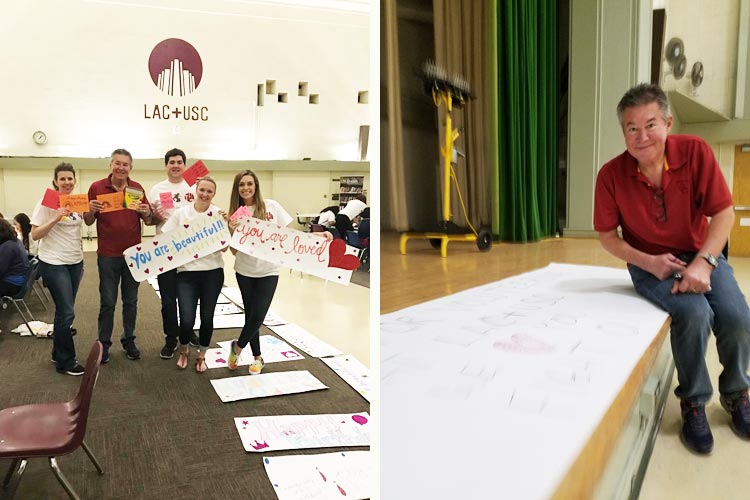 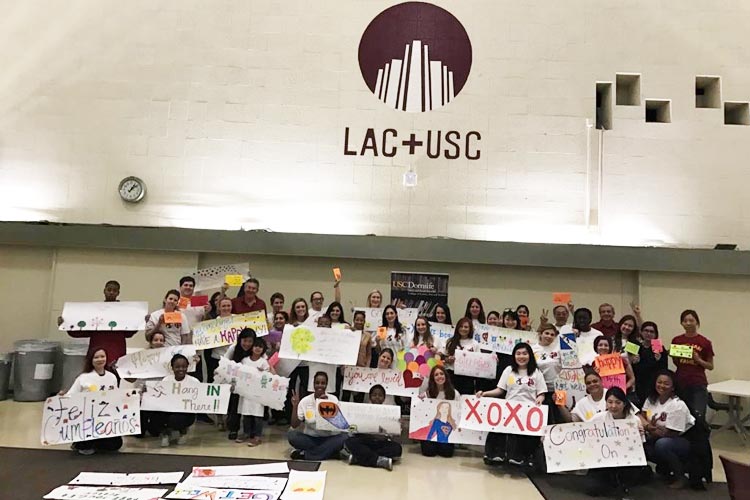 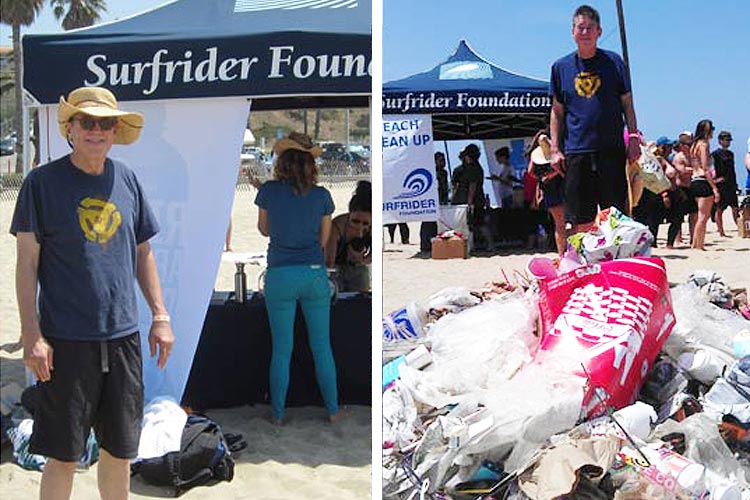 As we have long been part of community-based Boards or committees, I have known Larry Steven Londre for more than twenty years. During all that time, he has been an enormously responsible, dependable, and most worthy leader in the Los Angeles advertising and marketing communities.

Most notably, he has been singularly the leader in a major internship program sponsored by the Advertising Club of Los Angeles. Mr. Londre has had a real role in the placing of nearly 1,000 (actual count 993) students in start-up, paid positions in advertising. He has served for many years on the Ad Club Board, and on the Advertising Industry Emergency Fund (AIEF), which provides financial aid for those who truly require help.

Mr. Londre has been very constructively involved as a teacher at the University of Southern California, Pepperdine University and CSUN (California State University, Northridge) where he has involved a number of others (including me) as part of panels on students finding a job. Previous to that, he also held executive positions at Grey Advertising (one of the very eminent international advertising agencies), and he spent seven productive years at the Music Center.

I consider Larry Steven Londre one of the involved, caring, thoughtful and intelligent members of the Los Angeles business community.

I also consider him a valued friend, as do many others.

Was part of USC’s Day of SCervice 2016 at “My Friend’s Place,” fifth year in a row with USC Alumni plus former Marketing and Advertising students. 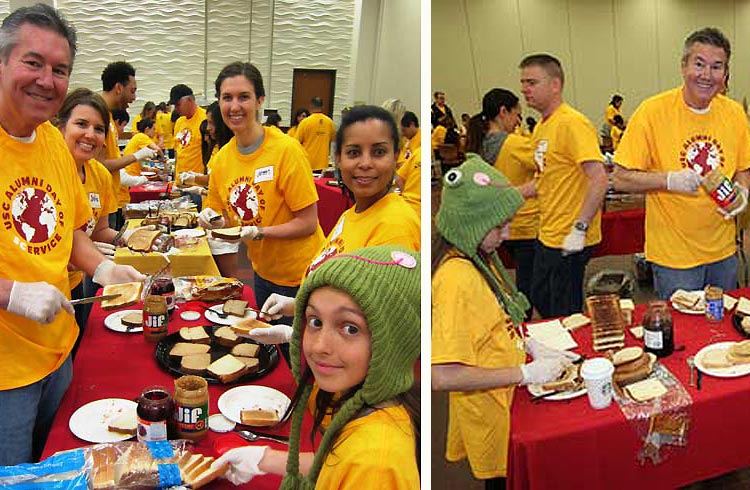 Honored to present at Skirball for the sixth time. In 2013, on branding, friendships, commitments and virtues. 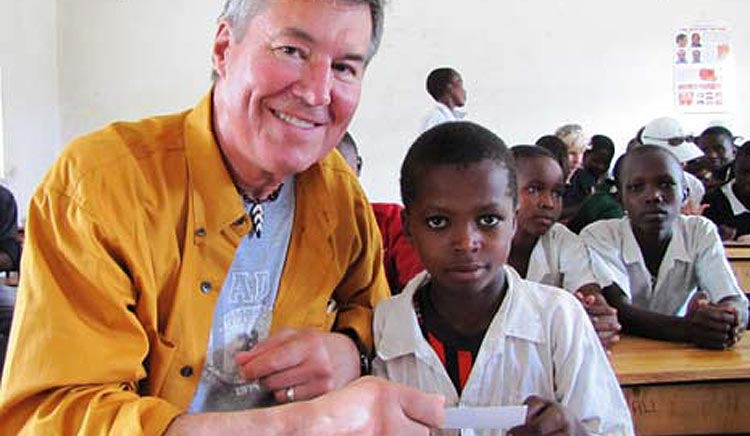 Larry at a school in Tanzania. 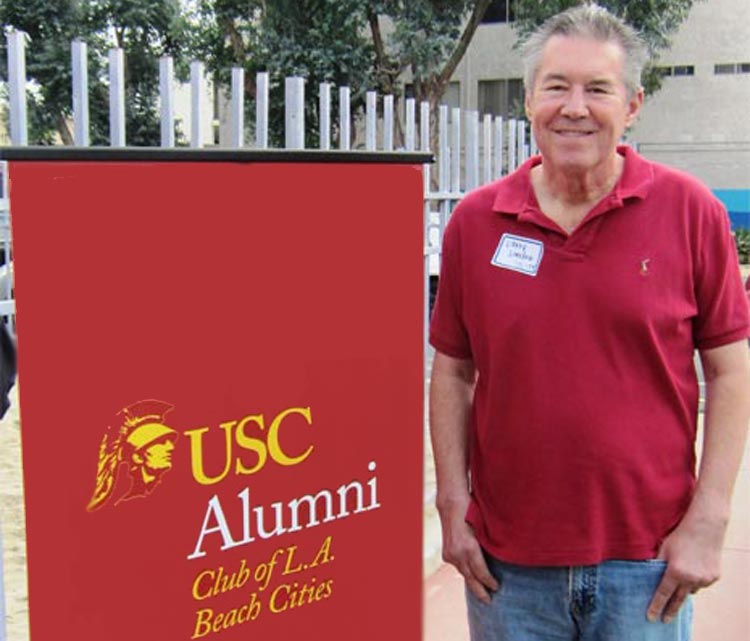 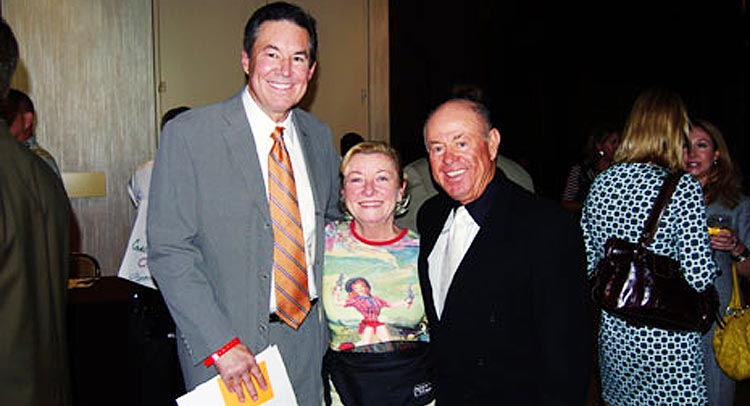 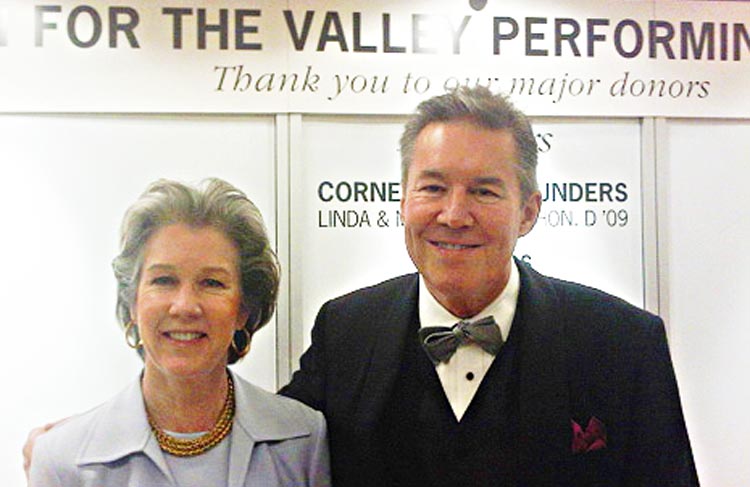 Patti and Larry Londre at the opening of the Valley Performing Arts Center at CSUN, 2011. 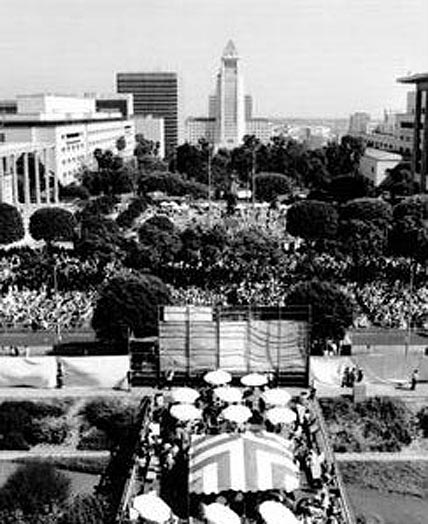 We couldn’t have done it without you! Our 25th Anniversary Celebration and Gala was an incredible success – I thank you for your dedication, devotion and drive.

I know you were working under a great deal of pressure during the 25th Anniversary activities – and you did an amazing job through all of it. Important as they are, our press coverage and media relations could not have been better.

Thank you for being a part of our landmark celebration and for making this year to remember for everyone. 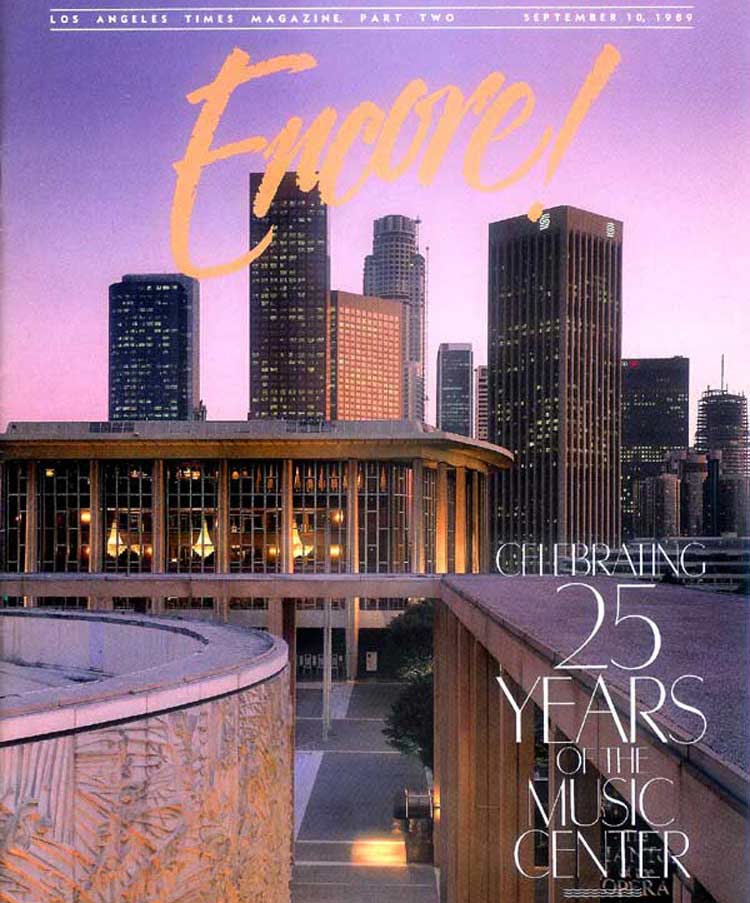 “Larry Londre engages himself with true devotion to every task. He is a study in focus and fervor, as he vigorously presses toward goal completion. Larry is highly regarded; well known for wit and wisdom at the Music Center; a tireless worker on behalf of the arts.

His behind the scenes effectiveness at the Performing Arts Center of Los Angeles is strongly evidenced in the many projects, programs and events which he conceived and produced funding. Larry personally developed, coordinated and staged many events. And his signature optimistic, productive pace was a constant motivator to all who worked alongside him.” 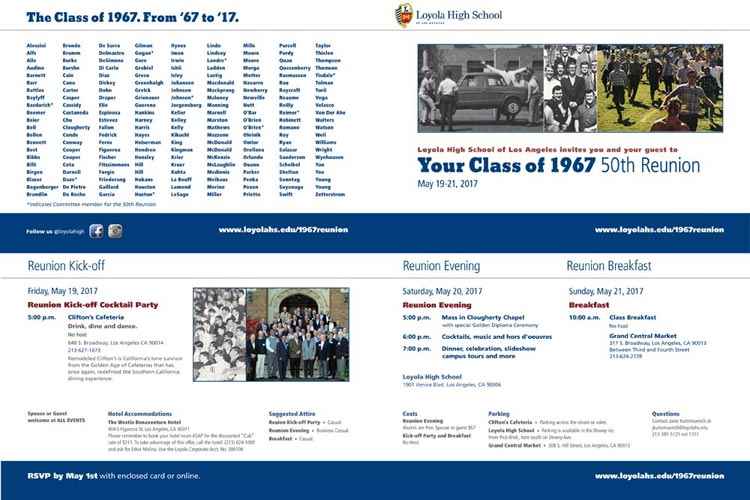 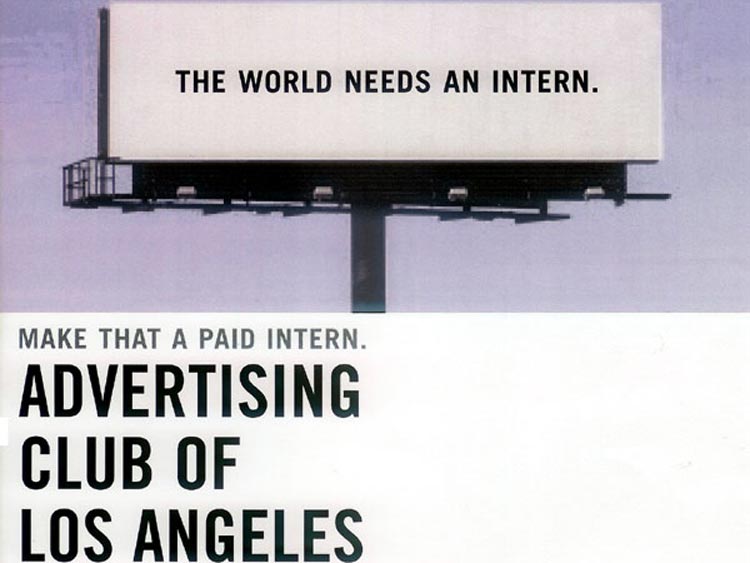 LA Times, 7/4/95: “I know there will be dozens of people who will be hurt on the Fourth,” said Larry Londre who has designed the ads for the past 11 years on a volunteer basis. 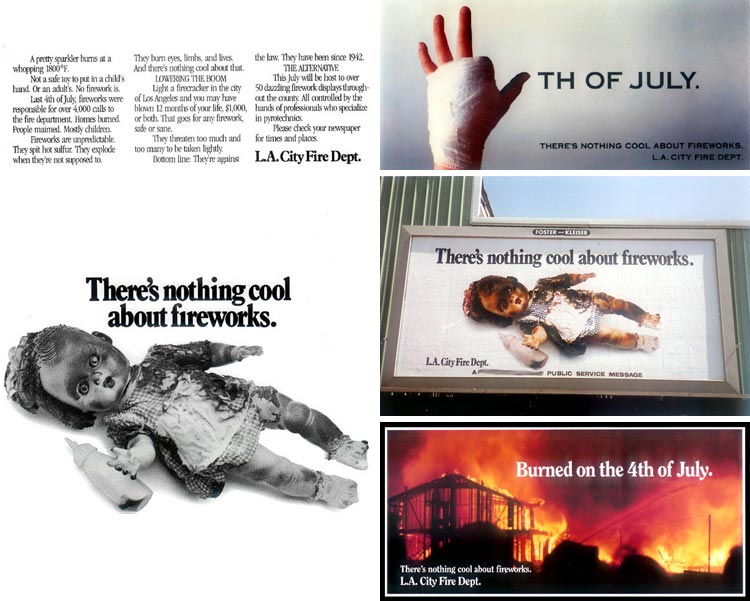 Westwood Homeowner’s Association (Board of Directors) 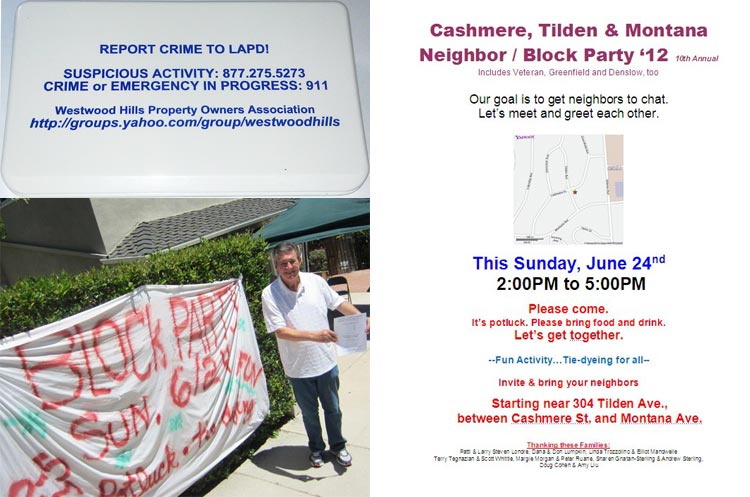 Thanks from President of Westwood Hills Homeowner Group, Annual Meeting, 2012

I want to take a moment to thank and honor, one of our long-time board members who has sold his house. Larry Steven Londre has lived at the corner of Cashmere Street. and Tilden with his wife Patti for nearly 14 years.

You know, we have a wonderful neighborhood, filled with many special people – which I can personally vouch for, because as one of the moderators of our email network, I probably see more of them than most of you do.

But from the time they first moved in, both Larry and Patti have stood out as two of the most involved and caring neighbors. They started and hosted the Cashmere-Denslow-Tilden-Greenfield-North Montana Block Party, which celebrated its 10th year this summer. They have both been willing newsletter distributors and block captains. As a board member, Larry was responsible for creating the refrigerator magnets with the LAPD numbers; he was one of the principal organizers of our 50th anniversary party at the W Hotel in 2008; and year after year he has been an absolute wizard at finding sponsors for our meetings!

So it is with great regret that we say goodbye to Larry and Patti as they move from Westwood Hills to Playa Vista. I’d like to ask Larry to come up to the podium.

On behalf of the Westwood Hills Property Owners Association, we’d like to give you this token of our esteem and gratitude for all you’ve done for the neighborhood, and to wish you and Patti all the very best for life in your new home.

Larry, I for one will really miss your great ideas, enthusiasm and the way you go about getting things done.

Harry Macy
Board of Director, WHPOA 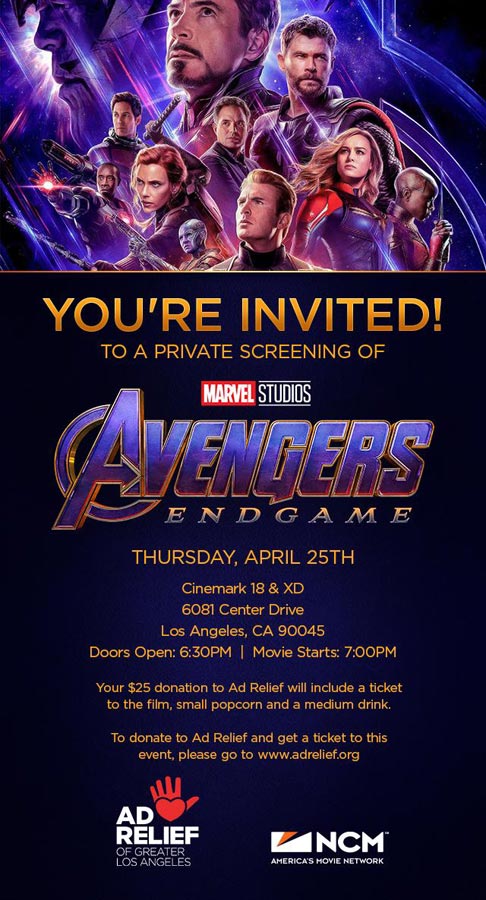 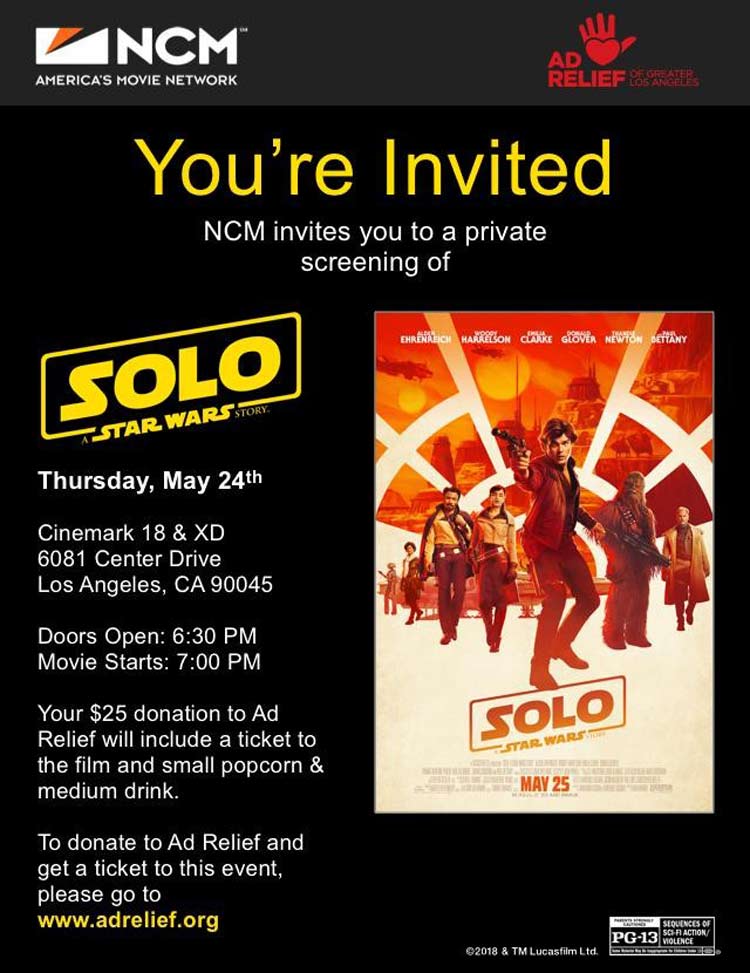 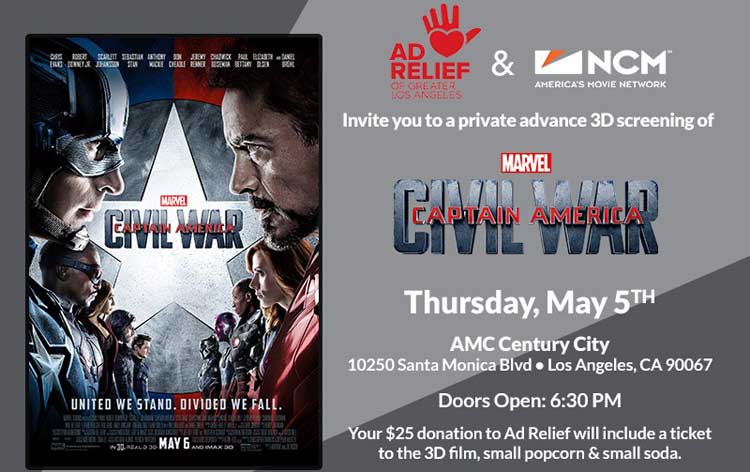 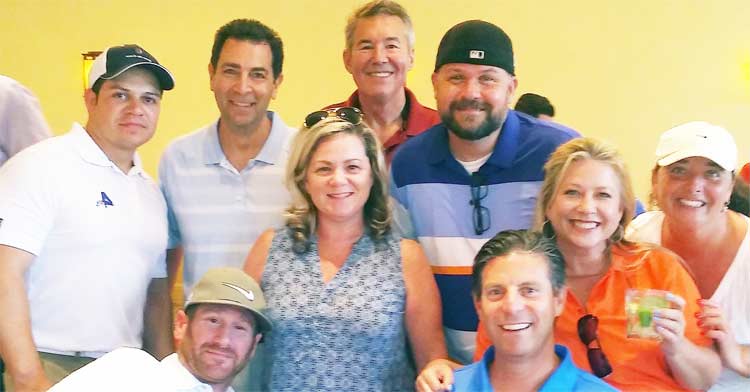 With several Ad Relief Board of Directors at ThinkLA/Ad Relief
Golf Day 2015. Proceeds go to our advertising professionals/beneficiaries
in need who want a helping hand and not a handout. 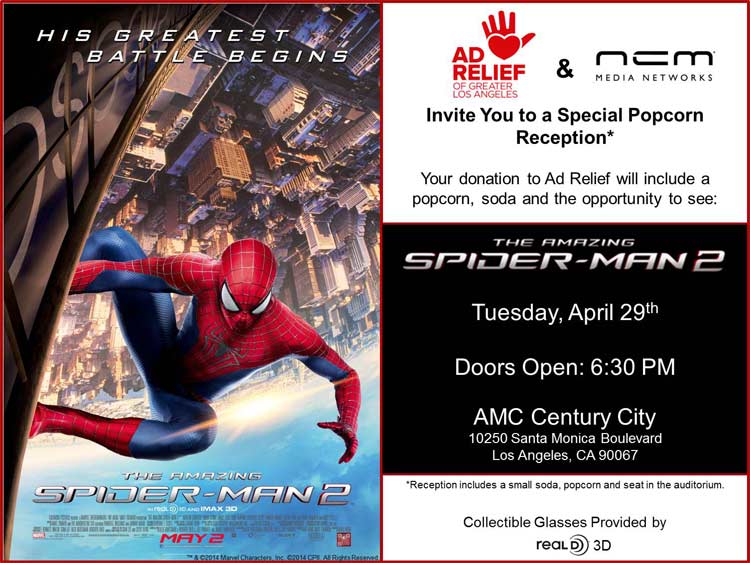 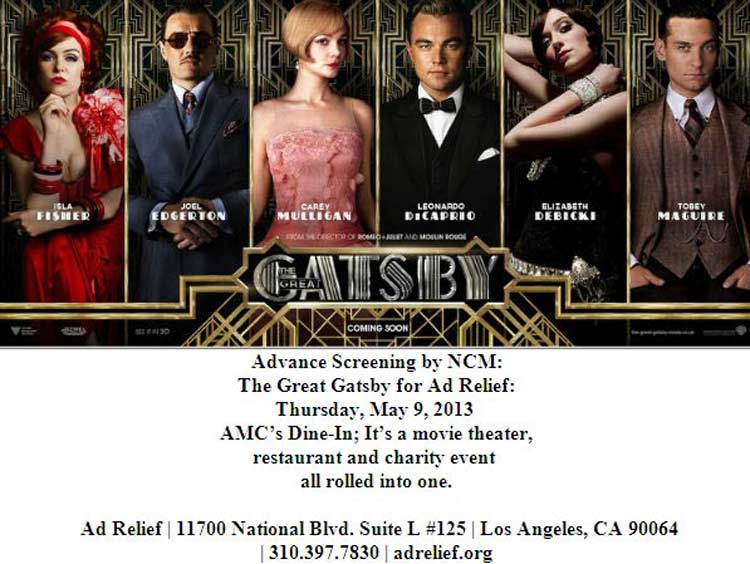 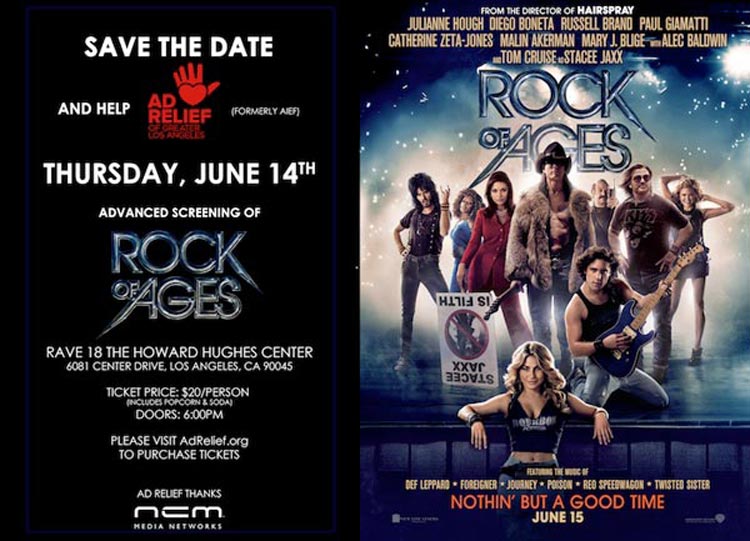 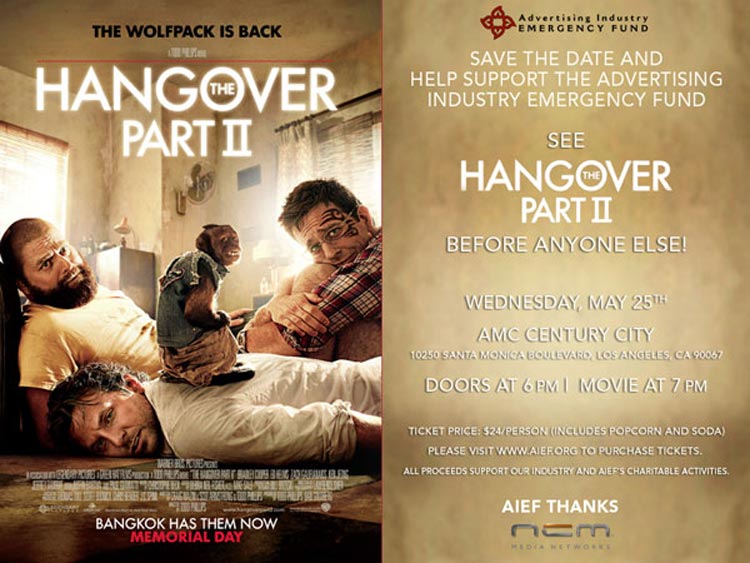 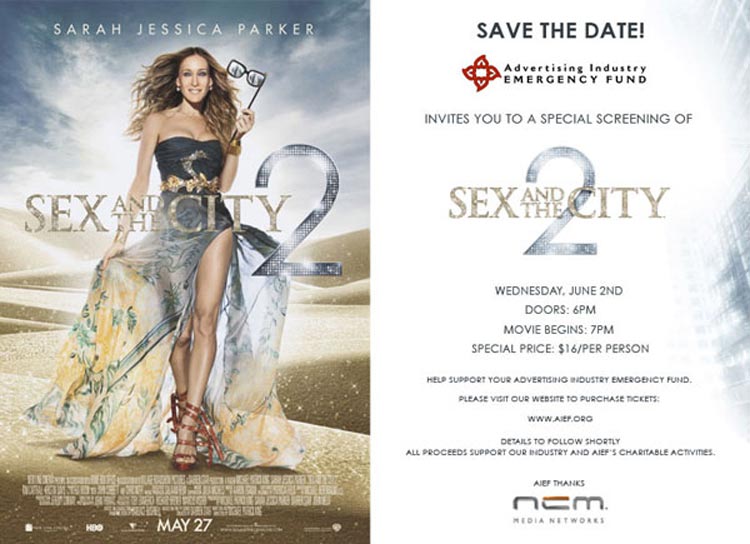 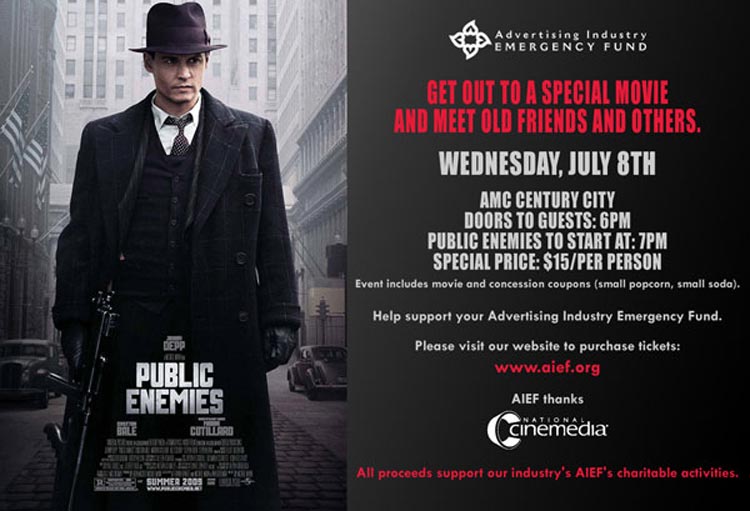 Londre cooking and delivering meals to people who are too sick to shop and cook for themselves. 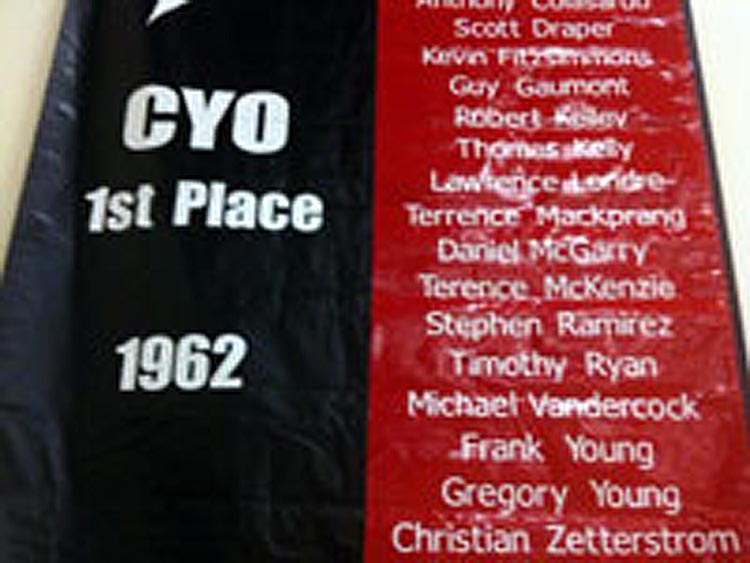